Skip to content
The Interdependence of Health, Climate, and Equality 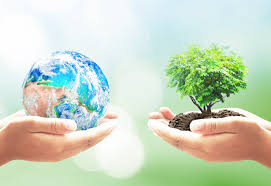 When the first Earth Day event took place 50 years ago, no one was talking about climate change and the swine flu pandemic of 1918 was a distant memory.  Today, in the midst of a global health threat from a novel and poorly understood virus, we also face an increasing number of severe storms, floods, droughts, fires, and ecological disruptions that scientists have been predicting for years.

Many scholars remind us that health, climate change and the environment are intricately intertwined, and the pandemic and climate change have similar lessons to teach.  Beth Gardiner, in an essay published by the Yale School of Forestry and Environmental Science,  writes that while the pandemic has struck the world in a matter of weeks and climate change takes place over decades, both are problems of exponential growth and a limited capacity to cope. Viral contagion is rapidly overwhelming our healthcare system and supply chains and shutting down businesses, just as unprecedented levels of emissions and warming air and seas are challenging our capacities to manage the consequences of disastrous floods, fires and drought.

Elizabeth Sawin, co-director of the think tank Climate Interactive, writes that we face three massive threats—the pandemic, climate change and racial and economic inequality, and the only way to succeed in any is to address all three at once.  To date, there is little evidence that key leaders or organizations are tackling these problems jointly.  If we continue to address these problems entirely in isolation from one another, she writes, solutions to one problem could make the others much worse.

Social distancing has succeeded in slowing viral transmission, but in the U.S. and elsewhere it has imposed the greatest hardship on people who can’t isolate themselves. In addition to doctors and nurses who provide health care, thousands of others, often working for low pay, provide essential services they can’t deliver from their homes.  In a world where disasters have been shown to widen equity gaps, she writes, both the climate crisis and the pandemic, if allowed to persist, could leave our society even less equitable.

A New York Times story describes how Denis Hayes, a Harvard graduate student in 1969, and Gaylord Nelson, then a Wisconsin U.S. Senator, began conversations that resulted in the launch of Earth Day on April 22, 1970.  The story reports how a huge turn-out—some 20 million people across  the U.S.—and wide-spread enthusiasm for a cleaner world—led to unprecedented action by the U.S. government.  Congress passed the Clean Air Act, the Clean Water Act, and the Endangered Species Act, and Republican President Richard Nixon created the Environmental Protection Agency.  Improvements followed in human health that had been eroded by some of the worst forms of air and water pollution.  Hayes went on to become an environmental lawyer and life-long environmental activist.  Now, the Trump administration has rolled back scores of environmental regulations, and undermined rules designed to limit mercury and lead emissions and chemical pollution, just as new health and social challenges emerge.

Karen M.O’Neill,, an assistant professor in the Rutgers University Department of Human Ecology, writing in The Star-Ledger, a paper affiliated with NJ.com, emphasizes that the Covid-19 pandemic is intimately related to environmental, climate, and social and economic issues. Experts have warned for years about our lack of immunity to innumerable viruses circulating in the wild. “Destroying ecosystems increases our exposure to animals carrying these viruses,” she writes, “and globalization can spread thee viruses around the world.”  The viruses can be especially harmful to impoverished populations who live with poor nutrition and exposure to environmental degradation.

For example, researchers at Harvard recently analyzed statistics in 3,080 U.S. counties and discovered corona virus patients who lived in areas with high levels of air pollution were more likely to die of the illness than patients who lived in cleaner parts of the country.   In addition, scientists have warned for decades that global warming will increase incidence and spread of existing and emerging diseases. Further, people huddled together in shelters in the wake of violent storms can’t avoid contagious illness with social distancing.  O’Neill says today’s combined threats need a coordinated effort from all institutions, including government agencies, corporations and faith communities, to build a broad culture of prevention and preparedness that would make environmental harms less likely and better enable our systems to address them when they happen. That would mean, for example, treating forest policy as health policy and housing policy as environmental policy.

Responses to the pandemic may bring about improved supply chains and better preparedness in the healthcare system.  Still, the Cononavirus Aid, Relief and Economic Security Act, (the CARES Act) and other legislative economic aid efforts have not, so far, included  provisions to address environmental or climate concerns, or mitigate greenhouse gas emissions. Holes in the social safety net have been painfully exposed, as have the related impacts of health, safety and deprivation.

Gardiner in her essay notes another parallels between pandemics and climate crises: we can see them coming.  Michele Wucker, author of The Gray Rhino: How to Recognize and Act on the Obvious Dangers We Ignore says we can act against both.  Her book’s title is the metaphor she uses for a high-probability, high-impact event, a counterpoint to the popular idea of a black swan, the term writer Nassim Nicholas Taleb coined for a very unlikely but highly damaging event that is by its nature hard to foresee. Climate change and viral spread are gray rhinos, Wucker says,  “the 2-ton thing that’s coming at you, and most of the time we downplay it or neglect it. We kind of miss the obvious.” Sadly, she adds, voters often reward politicians for fixing problems, but rarely for preventing them.

The Interdependence of Health, Climate, and Equality When the first Earth Day event took place 50 years ago, no one was talking about climate change and the swine flu pandemic of 1918 was [...]

Cities Can Weather Hotter Futures Through Adaptation and Resilience

Hotter Futures for Cities Escalates Plexus Institute's archives of Complexity Matters Posts offer valuable insights into the most pressing issues confronting our world and society. We will continue to link current knowledge, work [...]

Die-offs Endanger Food Webs and Human Health Scientists examining the catastrophe unfolding in the path of Australia’s deadly bushfires may discover mass mortality events, terrifying phenomena in which vast numbers of a species [...]

Clouds of Fire Generate Dangerous New Weather Systems The intense and boundless fires that have already devoured nearly 18 millions of acres of Australia are generating their own distinctive weather systems that spin off [...]

Frederic Byarm earned a culinary degree and trained in France, became an acclaimed chef, and owned four restaurants. He earned lean and Six Sigma Black Belt Certifications in manufacturing, and he has worked at an [...]