Scientists examining the catastrophe unfolding in the path of Australia’s deadly bushfires may discover mass mortality events, terrifying phenomena in which vast numbers of a species die inexplicably in a very short period of time. 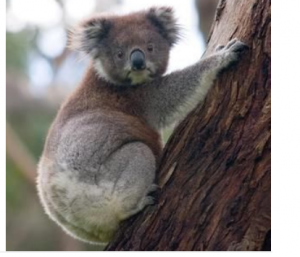 A VOX story by Segal Samuel reports that Chris Dickman, a biodiversity expert at the University of Sydney, estimates more than one billion mammals, birds, reptiles, bats, frogs, and invertebrates have perished so far from flames and some species may face extinction.  And the fire season is not over yet. While birds and some large animals such as kangaroos and emus can run away from flames, less mobile species are more likely to perish immediately. Tens of thousands of koalas, which are largely sedentary and sleep up to 20 hours a day, have burned to death. That’s nearly a third of the koalas in New South Wales, which is their main habitat.  Even animals that survive fire danger risk later death from hunger, malnutrition and disease in a devastated habitat that lacks food, water and shelter. Members of the Humane Society Australia and Humane Society International have been working to rescue injured and dazed koalas and other small animals.

Australia is home to some of the earth’s most distinctive mammals, such as marsupials. Some 24 species are fond only in Australia.  According to the University of Sydney, 34 species and subspecies have become extinct over the last 200, years the highest rate of loss for any region of the world.

As a field of study, mass mortality events, which scientists call MMEs, is fairly new. MMEs have killed starfish, bats, coral reefs, sardines, fish and birds, and many scientists say they are becoming increasingly common because of climate change.  In January, as temperatures in Sydney rose to 47 degrees C  116 F)—the hottest in eight decades—wildlife workers found whole colonies of fruit bats dead, some still hanging from trees, according to a story in The Guardian.  The fruit bats, also known as flying foxes, adapt well to  scorching Australian summers, but in heat above 40 degrees C (104 F) they can’t regulate their body temperatures and can die.

In 2015, a bacteria outbreak caused the deaths of more than 200,000 the critically endangered siaga antelopes in central Kazakhstan. The mass death happened too fast for infection to have been transmitted from one animal to another. Scientists believe pasteurella multocida, a bacteria that normally lives harmlessly in the animals’ tonsils, crossed into the bloodstream causing the antelopes to die of hemorrhagic septicemia, or blood poisoning. Scientists think changed behavior of the bacteria in the host animals was triggered by relatively high humidity and temperature in the days before the MME, which wiped out more than 60 percent of the species’ world  population.

A study of MMEs published in the Proceedings of the National Academy of Sciences in 2015 reports 727 MMEs involving 2,407 animal populations occurred since 1940, with the number of events and the number of animas killed increasing every year.

Adam Siepielski, an evolutionary ecologist at the University of Arkansas and a co-author of the paper, told The Guardian, “These reports of MMEs are probably underestimates in terms of occurrence and sheer magnitude. There is additionally a challenge in trying to understand whether this increased occurrence is a real event, or whether there are more people observing these things and [they are] more likely to report them.” The study found that factors directly related to climate, extremes of temperature, oxygen stress and starvation, contributed to a quarter of the events.  Some 19 percent of the events were related to human behavior such as pollution.  Another quarter of the events was related to disease.  Many have had multiple, entangled causes that interacted. 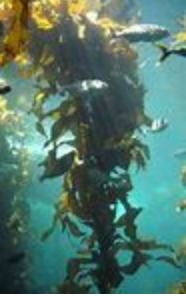 The massive death of hundreds of millions of starfish off the American west coast, from Alaska to Mexico, in 2013-2014 is one of the largest die-offs observed in the natural world. More than 20 species of starfish were sickened by a parvovirus that led to gastrointestinal problems.  The virus left the creatures susceptible to bacterial infections, and within a week or two of the infection, the creatures died of a ghastly wasting disease that disintegrated their bodies.   A Seattle Times story by Lynda V. Mapes explains scientists have now concluded the deadly disease was triggered by warmer ocean temperatures.  And like the bacteria that sparked the saiga antelope die-off, the virus that became problematic in starfish in warmer water, appears to have been harmlessly present in the starfish for decades or more.

An MME can push a species closer to extinction.  But human health and fragile animal food webs are also at risk. Tidal pools on the west coast, for example, were once hosts to a healthy mix of species, including mussels and sea urchins, both usual food for starfish.  With starfish diminished, numbers of muscles and sea urchins are increasing, causing decline in availability of kelp.  Kelp is a major source of food for sea urchins and many marine invertebrates.

What Complexity Term(s) Relate to this Article?

Connectivity and co-evolution are essential to the sustainability of a complex adaptive system. How agents – animals (and people) in a system connect and relate to each other influences collective changes in system-wide patterns that impact their environment. As the environment responds to change it influences the patterns in the system, which will once again change — this is a constant process that allows the agents, systems, and environment to work together for adaptive survival.

Visit and bookmark the Plexus Institute Complexity Library for additional resources to help you reference, connect and use terms and definitions from complexity science to real life experiences.