Skip to content
Not All Rules are the Same

A recent discussion on LinkedIn in the Harvard Business Review Group asked, “Wouldn’t it be great if managing a team was as easy as herding sheep?” Several comments opposed the comparison of people to sheep but there are important insights for influencing pattern-based change in teams and organizations through understanding the self-organizing behaviors that arise from the interaction of individual agents (birds, bees and humans) when they adhere to a set of Simple Rules.

The concept of simple rules is a key component of complexity science. One of the distinguishing features of a complex system is the system-wide patterns that are continually emerging. It is the existence of these simple rules (explicit or not) that govern the functioning of the system and influence behavioral patterns. When applied to organizational behavior, the use of simple rules help organizations provide a coherent way for “agents” in the system (employees, leaders, vendors and even customers) to work together.

The Basics of Simple Rules

Complex behavior can emerge out of very simple rules governing the interaction between agents (members of a team or group) on the local level without the need for centralized coordination. This is the engine of self-organization —   examples of self-organization within complex adaptive systems frequently follow simple rules. For example, why do flocks of birds seem to have a “plan” when flying that appears choreographed? This National Geographic videos of Starling in Flight is a stunning example of the flocking behavior of birds.

In the late 1980’s Craig Reynolds created a computer simulation called boids, which simulates the flocking behavior of birds.  Boids is a often cited example of emergent behavior and demonstrates how complex behavior arises from the interaction of individual agents (the boids, in this case) adhering to a set of simple rules. The rules applied in the simplest Boids world are as follows:

Not all Rules are the Same 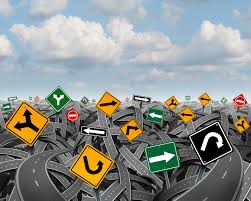 The principles of Simple Rules serve as the foundation of many popular models in organizational design and improvement strategies. In the September 2011 issue of the Harvard Business Review “Embracing Complexity”, a lead article by Yves Morieux Smart Rules: Six Ways to Get People to Solve Problems Without You considers the importance of simple rules in organizational success.

As the world has become more complex, companies have steadily increased their performance requirements: Now they strive to offer low prices and high quality; to customize products for local markets and standardize them for greater returns; to innovate and be efficient. The typical corporate response to such conflicting goals complicates things further: Firms restructure and try to align their organizations with extra coordinating functions, processes, and incentives.

But there is a better way, says BCG senior partner Yves Morieux: Instead of strangling employees with new rules and procedures, create an environment in which they’re compelled to work with one another to develop solutions to complex challenges

Managers can create this environment by applying six “smart rules”:

(1) improve understanding of what coworkers do and the real constraints they face,

(2) determine which people are the firm’s natural integrators and strengthen their roles,

(3) expand the amount of power available to everyone,

(4) increase the need for reciprocity in the system,

(5) make employees feel the “shadow of the future,”

(6) Put the Blame on the Uncooperative.

From Smart Rules: Six Ways to Get People to Solve Problems Without You, Yves Morieux 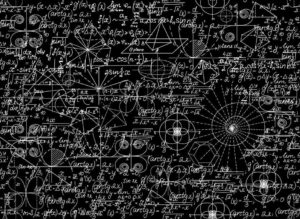 The observation that organizations often react to complexity by increasing complicatedness is even more significant today as the flow and access to information and data creates opportunities for enhanced metrics and AI driven decision making. Morieux is correct that an alternative approach is to focus on the actions of “humans” in the system to create solutions.

However, there is a critical missing part of Morieux discussion if viewed through the perspective of complexity; consider a first step that develops and adopts organizational “simple rules” to provide “behavioral guidelines” that are followed from top to bottom and inform all levels, all functions, and all strategy throughout the organization.

Simple rules quite simply establish an embedded code that informs everyone in the organization how to act. It guides the “Patterns” of behavior that provide resilience in the system.

In nature, simple rules are the reason why the seemingly complicated is instead a pattern based complex system, that is non-linear and emergent. In organizations, simple rules become the guidance for everyone’s behavior while still allowing latitude for the fine tuning of independent action. Building on a deeper set of simple rules, the smart rules can offer more precise guidance and ultimately more effective operations.

When the whole system uses simple rules, a new paradigm of engagement, vision and mission emerges.

A frequently cited example of simple rules in action is Zappos Family Core Values. Let us know how you are using Simple Rules in your work.