Understanding the workings of our own brains and practicing habits of thought that neuroscientists call self directed neuroplasticity can improve decision-making and over time contribute to greater capacity for leadership. 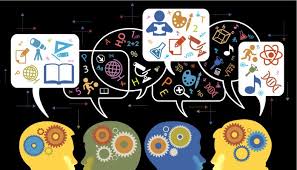 “The Neuroscience of Strategic Leadership”  an article in Strategy + Business, describes research showing dynamic interactions between activity in the mind and the differing regions of the brain. The authors, Jeffrey Schwartz, a research psychiatrist at the University of California, Los Angeles, Josie Thomson , a leadership coach, and Art Kleiner, editor and chief of the magazine, drawing on history, science and knowledge of business, say understanding the dynamic can lead to more effective thinking and action.   Further, they write, people who establish advantageous thought patterns can replicate those patterns in their organizations and develop qualities of strategic leadership that inspire others, help organizations transcend their limits, and navigate enterprises toward lofty beneficial goals.
The authors developed a hypothesis that strategic leadership ability can become habitual through combining mindfulness, which fosters a clear awareness of one’s own mental activity, and mentalizing, which involves paying close attention to what other people think and do. The two activities are associated with different aspects of the prefrontal cortex, the ventral area of the brain, and the dorsal area, which is located just above it. Because of their physical positions, the authors call thought patterns that activate the ventral area the Low Road, and those that activate the dorsal area the High Road.
Both are necessary, and have similarities. For one thing, both are habit forming. The Low Road pattern, they say, is tactical-it favors getting what we want and giving others what they want, as efficiently as possible. It tends to include such immediate matters as productivity, profits, and navigating internal politics. The High Road is strategic-it favors long term solutions, broader benefits, and questions of purpose and value. The authors call that a “voice within the mind,” always there, waiting to be tapped, that can be thought of as a “Wise Advocate.”
They believe we can, with practice, cultivate our High Road. The choices we make and where we focus our attention, they write, eventually impact the physical makeup of the brain, and “this phenomenon is called self directed neuroplasticity.” Canadian psychologist Donald Hebb discovered a principle of neuroplasticity in the 1950s, which he summarized as “neurons that fire together wire together.” In other words, the more frequent a mental activity pattern, the more entrenched the associated neural pathways become. That means those patterns are likely to repeat and may even become automatic.
The article points to the work of economic philosopher Adam Smith, whose foundational Wealth of Nations, was published in 1776, and who also published The Theory of Moral Sentiment in 1759. Smith explored the nature of industrialization and the energies of capitalism, and in his examination of moral sentiment he proposed that the potential excesses of capitalism could be balanced by a trait of mind he called “the impartial spectator.” He suggested that trait led people to look beyond their own desires, recognize the needs of others and consider the good of the social order. Schwartz and his co-authors say that idea is quite similar to their “Wise Advocate.”
How do we activate our Wise Advocate? Social scientists have studied mentalizing, the practice of thinking about others in a dispassionate, impartial way, with a goal of understanding their thoughts, needs and motives. Emily Falk, director of the University of Pennsylvania Communications Neuroscience Lab, found that areas of the brain associated with mentalizing is also associated with sharing ideas and thinking about how others will value the idea. Some effective leaders are skilled at mentalizing. Schwartz, Thomson and Kleiner think the best leadership capacities come fro combining mentalizing and mindfulness.
They cite work of Wendy Hasenkamp, science director of the Mind and Life Institute in Massachusetts, who researched mindfulness at Emory University. She found that the ability to focus on an object, or on breathing, helped people activate the executive center of the brain, that is the dorsal part of the lateral prefrontal cortex. In other words, the High Road.   Inevitably, Hasenkamp explained, person’s mind will wander during meditation, often veering into mundane or negative self-focused thoughts. When people learn to shift away from wandering thoughts and return to the object of their meditation, they are training their brains to pay attention to their intended focus and reach their Wise Advocate frame of mind. Read a story by Hasenkamp here. Read the Strategy + Business article here.
admin2017-10-12T20:35:01-04:00Complexity Matters Posts|