If students come from families who are deeply skeptical about climate change, how can a teacher provide instruction on climate science while simultaneously acknowledging their values?

He favors field trips over lectures and power points. Students see the ravages of drought and the heat induced algae bloom in a local lake. They go to nearby Bitterroot Mountain to measure the declining snowpack, and at Farragut State Park they study thin core samples from trees and count the rings to estimate the tree’s age. Then they use math to figure out how much carbon the tree removes from the atmosphere through photosynthesis. 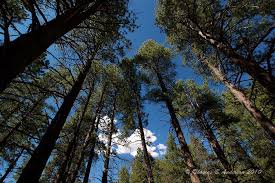 One student calculated it would take 36 big Ponderosa pines like the one he studied to offset the 831 pounds of carbon dioxide his own drive to school emits annually. Then he began to think of the driving habits of 49,000 people in Coeur d’Alene, and across the country. “I think I’m beginning to understand the enormity of the problem,” the teenager said. Esler later described that as one of the most inspirational moments of his career.

The story quotes another student as saying “He teaches things in a way that doesn’t mold your brain to his, so you almost don’t notice you’re learning all these things.”

In rural Wellston, Ohio, an economically struggling former coal mining town, most residents doubt that fossil fuels or human activity cause global warming. A New York Times story by Amy Harmon tells how science teacher James Sutter has integrated climate science into his biology and environmental science classes. He too uses field trips. He took students on a nature trail to see the burgeoning population of emerald ash borers, an invasive species destroying ash trees, that because of warm weather had not had their usual winter die-off. The students saw the results of flooding and measured rain-fall, and Sutter described the droughts, floods and extreme storms that scientists predict within this century if carbon emissions aren’t reduced. Despite some enthusiasm in the class, 14 of his 17 advanced placement students said in an informal poll their parents thought climate science was a waste of their time. One of his brightest students became so upset over a documentary film climate that she ran from the room and never returned to the class. “That’s one student I feel I failed a little bit,” Sutter said.

As the Times story puts it, rejecting climate science can seem a matter of loyalty to way of life, and climate skepticism can become “a proxy for the conservative ideals of hard work, small government,” and what many people consider self-sustainability. According to a study reported in the journal Science, while 95 percent of active climate scientists think human activity contribute to documented global warming, only about half of U.S, adults agree, the lowest percentage among 20 nations polled in 2014. That attitude influences scientific instruction in schools, the magazine reported. Some teachers mirror those skeptical views, and because climate science wasn’t apart of their own training, the article said, many sometimes repeat scientifically unsupported views in class.

In one of Ira Flatow’s Science Friday broadcasts, teachers discussed the complexities of the way we make sense of new scientific information, and difficulties that arise when scientific findings become subject political debate, and evidence itself seems to be in tension with the norms of different groups, social and community values, and even the way we perceive our personal identities. “If it were as easy as just giving the scientific evidence and data to people and having that be this game-changing moment where suddenly everyone accepts climate change, we would have done that already,” says Elizabeth Walsh, an assistant professor of meteorology and climate science and science education at San Jose State University.

Plexus Institute invites you to support our work in addressing real-world challenges through the understanding, advancement and diffusion of ideas and practices rooted in the principles of complexity. Bring your ideas, projects, research and even your challenges to a professional network that embraces complexity!