How can a mother feel a drug is more important than her baby? That question has perplexed policy makers, anguished families, and tormented women facing the complex challenges of addiction, recovery and childcare. Nancy E. Suchman, PhD, an associate professor of psychiatry at the Yale University School of Medicine is working on answering that question and helping mothers coping with addiction and caring for their children.

One Answer is Rooted in Science

“What happens on a biological level with chronic substance abuse is that the drug co-opts the neural system,” explains Suchman.” “The drug floods the brain with

Dr. Suchman is pioneering a program called “Mothering from the Inside Out,” (MIO), now underway at Yale as part of NIH-funded research. Mothers in recovery learn to use mentalizationin managing their own emotions and tending the emotional and physical needs of their children.

Dr. Suchman defines mentalization, or reflective functioning, as “the capacity to make sense of behavior, in oneself and others, in terms of the underlying thoughts, emotions, wishes and intentions.” It is a profoundly social construct in the sense that we are attentive to the mental states of those we are with, physically or psychologically. “When an addict begins treatment, following withdrawal, there is a period when the brain begins to “re-set.” That’s the window Dr. Suchman and her colleagues are focusing on in their work with mothers coping with addiction and caring for their children. 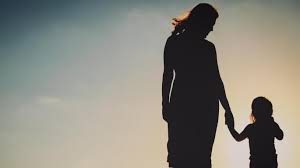 Studies have shown many mothers with histories of alcohol and drug addiction find parenting more difficult, and have lower levels of sensitivity and responsiveness to their children’s needs, than mothers withoutaddictions.  Fixations on a drug, and on a child-which have neurological similarities-are powerful preoccupations to witness, Dr. Suchman says. “We’ve had mothers in early recovery who might say ‘you’d think this little girl would keep me from relapsing, but it’s just not working. I don’t understand it’.  After a decent amount of clean time, these same mothers show delight and a healthy preoccupation with their children, and find caring for their children is a buffer against relapse,” she says. while  later in recovery, Dr. Suchman says, “a mother might say ‘I think about her(the baby) and wonder why would I ever use?'”

This therapy emphasizes process more than content.  Therapists begin conversations about the mother’s own experiences, and her thoughts about her child’s experience. This approach helps the mother decide how to manage her own emotions and her responses to her child’s behavior. She can understand and develop more empathy for a child, for instance, if she sees a tantrum as a sign of frustration. She can more calmly manage her own response to the tantrum if she realizes her anger and frustration may be rooted in other issues such as financial stress or lack of sleep.  The mother begins to develop a great capacity to examine what her child feels and needs from her, and what she she needs from her child. As she identifies her own feelings and needs. With practice, this type of reflection becomes an automatic part of the mother’s way of thinking,Dr. Suchman explains, unlike a set of steps or skills she has to memorize and deploy under stress. In the early stages of recovery, the mother learns the difficult task of managing her own emotional distress before her natural neural reward system has been restored.

A New Approach for Therapists

While The  therapists who work with the mothers are masters’ level clinicians and counselors, who are trained in child development and attachment theory as well as addiction this new therapeutic approach presents a different skill set.    “We train them to do less teaching and show more interest and curiosity about the mothers,” Dr. Suchman says.  After a time, she says, “we see fundamental changes in the clinicians that brings about fundamental changes in the patients.  It’s a nurturing, supportive and collaborative stance that engages in a process of being interested in the mother’s and child’s mental experience.”

>Most parents begin the program with multiple adversities. Those might include facing eviction, living in a shelter, or having an addicted partner who is still using. Many have experienced violence, Dr. Suchman says, and some have chronic medical conditions, suffer from chronic pain, or need medication for depression or other mental health conditions. The MIO parents at Yale are also enrolled in a comprehensive addiction treatment program that provides access to psychiatric and medical services and a range of social supports. While many of the mothers have used drugs during pregnancy, nearly all the children in the program have been developmentally normal, challenging the stigmatizing myth that such kids are inevitably doomed to severe disabilities.

The program treats 20 mothers at time for six months.   In two randomized trials, mothers in MIO were compared with mothers in a strong, well designed 12-session individualized parent education program, in which a counselor and mother reviewinformation on child development and common parenting issues.   Among 134 mothers with children from birth to age 5, those in MIO had bettermentalizing capacity at the end of 12 weeks, and the benefit was sustained at a six and 12 week follow-ups. Another study of 17 mothers showed MIO also increased mentalizing capacity after 12 weeks.

Follow up studies have found mothers with increased mentalizing abilities were more sensitive to their children’s needs and emotional cues, more able to envision their own impact on their children, and better able to manage their own emotional responses to their kids. Six months later, they were also less likely than the mothers in the education group to be using drugs.

Dr. Suchman stresses the importance of prioritizing parent-child relationships as early as possible because a child’s own capacity to recognize and understand emotional experiences in themselves and others is already developing as early as two years of age.  Because children of addicted parents are statistically more likely to develop early childhood trauma, they are at greaterrisk of adult addiction. Successful treatments for mothers offer hope of disrupting the transmission of addiction from one generation to another.

“We are just starting to work with a Yale researcher who is interested in studying that,” Dr. Suchman says.  She predicts mentalization-based therapies will become more prominent in the next 10 to 20 years, and researchers will be able to learn through simple neurological testing whether the interventions reach the brain level. The Yale scientist may be able to identify neural changes in MIO graduates.
“We will be doing this very carefully because we don’t want to burden patients,” Dr. Suchman says. “We want to know them very well and establish rapport before introducing other research components.”