A gene believed to have protected human survival in ancient times may have become a rogue agent that nudges many contemporary humans toward Alzheimer’s disease. 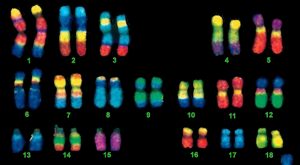 Dr. Ben Trumble is an anthropologist trained in evolutionary medicine who spent years learning about the lives of the Tsimane people, an indigenous forager-farming group in Bolivia. Interviewed in a New York Times story by Pagan Kennedy, Trumble observes that most medical research focuses on people who live in modern cities like New York and Los Angles, while our bodies are still designed for the early hunter-gatherer environment in which our species evolved.

We don’t know how dementia affected humans 50,000 years ago, and very few hunter-gatherer and forager societies exist today. The Tsimane are believed to live the way people lived 1,000 years ago, so Trumble figured studying Alzheimer’s among them could shed light on a modern plague.

The gene researchers have associated with late-onset Alzheimer’s in today’s population is ApoE4. It’s not the only factor, but having one copy of the gene increases the risk of Alzheimer’s, and having two copies increases the risk by 10 percent. Dr. Michael Gurven, a founder of the Tsimane Health and History Project, has been testing the mental acuity of Tsimane people for years by asking older volunteers to do puzzles. Surprisingly, he found those who carried one or two copies of the gene did better.

The ApoE gene helps generate cholesterol, and may have played a role in the evolution of our big energy-hungry human brains, the story says. It may also have been vital in protecting those brains against pathogens. Trumble said medical histories of the Tsimane show 70 percent are infected with parasites in their guts or skin. Our ancestors too, without disinfectants and antibiotics, probably were perpetually infected. Trumble notes that DNA analysis of ancient bones shows most people carried the ApoE4 gene thousands of years ago. Today a quarter of the population has one copy and only two in 100 have two copies.

Trumble and colleagues found tantalizing evidence suggesting the presence of infection may influence how that gene acts in our bodies. For the smaller number older Tsimane volunteers who somehow escaped infections, carrying the ApoE4 gene was associated with cognitive decline, just as it is among modern humans.

For years neuroscientists have studied amyloid plaques in the brain as the likely cause of Alzheimer’s. Yet researchers have found some people with whose brains were clogged with these plaques did not have dementia. They don’t know why. In a recent paper by Dr. Shane Liddelow and colleagues at Stanford University, suggest cells called astrocytes may be the protectors that can also transform into assassins. The authors think the changeable nature of the astrocytes developed in ancient times to help fight infections in the brains of our ancestors. These cells attack when an infection invades the brain, and in more sterile modern environments, researchers believe, they attack the plaque. Sometimes the attack is too vigorous and their toxins kill healthy brain tissue. Liddelow, who wasn’t involved in the Tsimane research, told The Times that many scientists now believe keys to Alzheimer’s may come from understanding the human immune system and its responses to pathogens