A Scoping Review of Complexity Science in Nursing

One of the things that complexity theory has taught me, is the value of looking at complex systems from a variety of perspectives. The article reviewed here, A Scoping Review of Complexity Science in Nursing, online ahead of press in the June issue of the Journal of Advanced Nursing, takes a very broad view of the use of complexity science in nursing literature and so naturally includes a variety of perspectives. The five-fold aim of the review, as stated in the article, is;

The authors performed a search of nursing literature spanning a thirty-year period from 1990-2020 and identified a total of 89 articles that met the aims of the review. It is significant that a quality review of the included articles was not performed which allowed the paper to cover the widest possible application of complexity science to nursing. Using a mind mapping process, the authors identified three approaches of analysis in the included articles, discursive, qualitive and quantitative. Articles utilizing discursive analysis comprised the majority (53%) with only 10% being qualitative. The authors divided the articles into four categories of nursing; Nursing Education, Clinical Nursing Practice, Healthcare Organizations and Nursing Management, and Complexity Science Incorporated into the Discourse in Nursing. 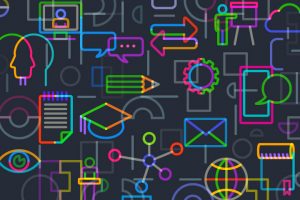 The focus on evidence in nursing science specifically and health science generally; reflects the current dominance of linear science approaches that emphasizes control over the explanatory power of complexity science that emphasizes discovery. A strong statistical relationship pointing to evidence of a relationship between study variables that has clinical significance, does not have to be explained by theory but simply requires a reasonable mechanism of action. Metformin of example is the most widely used oral agent in Type 2 diabetes, whose mechanism of action was thought to be understood a multi-organ effect. Now new evidence shows that Metformin’s main mechanism of action appears to be a changing of the bacterial flora in the human gut which gives rise to its beneficial effects. The effective relationship between the drug and the clinical impact was not impacted positively or negatively by a refinement of understanding.

While mathematically, research-based evidence can stand on its own, it is the mathematics of variable relationality that also limits its usefulness. Strictly speaking, the predictions of even a strong study cannot be reliably applied to a different population because each population has its own characteristics and should be studied in the different population. The future of nursing knowledge will not be advanced by this type of piecemeal understanding. Practicing nurses need holistic and robust theory that can be applied to the wide breadth people and situations we deal with. In my opinion, only complexity science can provide us with that way forward. 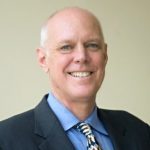 Mike Taylor RN, MHA, CDE is an independent theorist specializing in the application of complexity science to health and compassion. His Unified Theory of Meaning Emergence takes a major stride in connecting the mathematics of complexity with self-transcendence and compassion.He has spoken at international, national and regional conferences on complexity in health, business and nursing and is developing the platform of social compassion as a method of rapid social change.

The World Health Organization designated 2020 the Year of the Nurse and Midwife, in honor of the 200th birth anniversary of Florence Nightingale. Throughout the year, Plexus will be hosting a series of online discussions, podcast and posts about complexity and the future of nursing science and practice.