Skip to content
Complexity Matters: A Re-Introduction to Complexity

“Scientific knowledge, originally seen to make possible the prediction and manipulation of nature, appears now to be pointing us toward a new relationship with the natural world based on sensitive observation and participation, rather than control.” Brian Goodwin 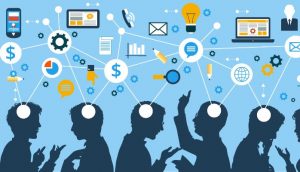 During 2018, Plexus Institute’s Thursday Complexity Matters posts will continue to offer stories, new thinking, research and practices related to complexity in action. And, we will also be sharing fundamentals of “complexity” by reviewing the language, distinctions and metaphors that define complexity. What does it mean? How do we talk about it? How can we see and understand it? Where does science meet experience?  As the best cooks know, making a perfect scrambled egg isn’t as easy as it sounds!

Our first Thursday post is a re-introduction to why complexity matters and how it became the mission of Plexus Institute to keep these conversations alive. Plexus Institute’s roots were established in the world of healthcare when a consortium of healthcare professionals joined together in 1995 with the goal of better understanding the increasingly “complex” challenges and confusion afflicting health care – specifically how best to improve patient care. These early visionaries began studying the emerging discipline of complexity science as it applied to human systems and by extension every organization and system that touches people.

In the last decades of the 20th century, the scientific principles of complexity were actively being applied by some of the world’s leading researchers – including scientists that are now closely associated with this interdisciplinary field — Murray Gell-Mann in physics, Linda Reichl in physics, Ilya Prigogine in chemistry, and Herbert Simon in psychology. Plexus Institute was forging a reputation as a network of professionals willing to engage in leading edge conversations and projects – they were Disruptors, whose action of choice was confronting complexity versus seeking solutions! This energy and mission attracted science advisors who pioneered complexity in their fields including Edward O. Wilson in biology, Ary Goldberger in mathematics and medicine, Stuart Kauffman in molecular biology, John Holland in computer science, and Ralph D. Stacey in organizational dynamics, and Brenda Zimmerman in organizational dynamics.

What is Complexity Science?

Very simply, it is science’s attempt to explain how order and novelty emerge in the world. (As such it is the intellectual successor to systems theory and chaos theory.) The traditional view of the natural world was made up of machine-like entities that you could understand by taking them apart and examining the components.

Much has been learned about nature by this approach. But the vast majority of nature is not amenable to being understood in this way, because most of nature is made up of what complexity scientists call non-linear, complex adaptive systems. Such systems are created by a number of diverse and independent agents that are constantly changing and interacting with each other. In complex adaptive systems, a study of the parts surely produces an incomplete understanding of the whole. Examples of these systems include ant colonies, ecosystems, and human organizations.

It’s worth making a distinction here between complex and complicated. An internal combustion engine is complicated, with many different components. But it is not complex because knowing what the parts are and how they function permits you to know what the system as a whole does. 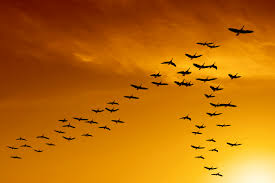 The defining feature of complex adaptive systems is emergence: the order that emerges through the interactions of components in complex systems is “greater than – and different from – the sum of the parts,” to use a familiar phrase. Complex systems therefore have a large degree of unpredictability. But more than that, the emergent collective order in turn influences the behavior, or interactions, of the parts. Feedback loops exist at every level. Such systems are constantly adapting and evolving.

Because there is little mathematics appropriate to non-linear systems, complexity scientists study such systems using computer simulations and models of various kinds, and observe patterns in nature. One of the earliest problems addressed by complexity science was the phenomenon of flocking birds. The precision and complexity of flocking invites the assumption that a central controlling mechanism exists.

But computer simulation, on a program called Boids, suggests that flocking arises from three simple rules guiding the behavior of the individual Boids. In ant colonies, similarly, individuals follow a small repertoire of behaviors, and from these simple rules emerges an elaborate physical architecture and precise temperature regulation.

The Myth of Control

These examples illustrate two important properties of complex systems. First, that complexity arises from a deep simplicity. Second, that the order of the whole system flows from distributed control, that is from interactions among individuals, not from central control. In organizations, one way to think about this phenomenon, called self-organization, is to remember what happens in times of crisis. People take on tasks where they see the need, often breaking the normal rules of operation, often doing things they don’t normally do. People achieve amazing feats, which they often rank among the most rewarding experiences of their work lives. Leaders often find it difficult to give up a measure of control, because it is part of their identity as leaders. But those who do find that their people tap into their latent talent, and do far more than they, or anyone, ever imagined. This is the power of a complexity perspective in organizations.

This perspective does not say that leaders simply have to sit back, give up control, and wait for unpredictable miracles. Instead, it argues that leaders must help create conditions that unleash the talent distributed among their people. It is a model of leader as cultivator rather than controller.

Complexity scientists have found that complex adaptive systems fluctuate between three states: stasis at one extreme; chaos at the other; and an in-between state called the edge of chaos. It’s in this state that the system is most adaptable and creative, and in organizations it’s from this edge that new ideas and unexpected directions of activity flow. Complexity scientists find that in systems poised at the edge of chaos, small changes can produce big effects. This is in contrast with Newtonian machines, where action and reaction are equal and opposite: small changes bring small effects; big changes bring big effects.

Small changes can generate big effects (in complex systems remember Rosa Parks?) because the web of connections and interactions among the parts causes changes to cascade and multiply throughout the system. Again, one way to apply this to organizations is to remember what sometimes happens when a team is grappling with a complex problem. Ideas are tossed about, some rejected, others thought to be valuable, but no real progress is being made. Then the next new idea triggers a flurry of connections, and a solution emerges quickly, a further property of complex adaptive systems.

One final property of complex adaptive systems that is relevant to organizations is as follows: when the interactions among the agents are enhanced, the adaptability and creativity of the system is also enhanced. 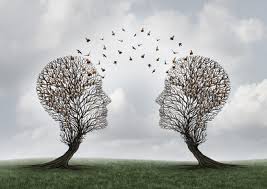 In human organizations, this translates to agents being people, and interactions being relationships generated by conversations. Enhancing people’s ability to interact and to develop enhances the adaptability of the organization. Complexity scientists have also observed that a diversity of agents in the system serves to enhance this adaptability and creativity even further. In organizations, this means inviting a diversity of experience and perspectives.

Leaders guided by a complexity perspective therefore place great value on developing and strengthening relationships with and among their colleagues. Perhaps counter-intuitively, complexity science leads to very human-centered practices in organizations, validating such value-based leadership ideals as openness, diversity and integrity.

Consider, by contrast, the metaphor that has guided organization life since the time of Newton: the machine. A machine is a production system made of different parts connected with each other, and parts can perform only the function they were built for. A machine is powered from outside, its rigid structure determines a predictable output. It has no capacity to innovate, to adapt or to fix itself. Repairs are performed by outsiders, fixing or changing parts.

A machine metaphor has clear limitations for explaining modern organizations. Complexity science gives us a new lens to look beyond structure and control for making sense of what is happening in the increasingly complex organizations of today. It provides a potentially unifying framework to help us understand some of our intuitions and experiences in organizations.

We have added a Complexity Primer to our digital resource library and are currently designing a workshop that will explore the fundamentals of complexity in practice. If you are interested in participating in this emerging work please contact Denise Easton at dgeaston@plexusinstitute.org