Skip to content
What Do We Learn From Catastrophes?

The social, physical and economic anguish that Hurricane Harvey visited upon flood-devastated Houston is reminding officials and residents in cities across the country of the need to plan for unexpected catastrophes.

People rarely think ahead about the possible 500-year flood or likelihood of the tsunami or earthquake that kills thousands of people and leaves thousands more homeless. Scientists say such events have low probability and high consequence. And unless there is a recent memory, people don’t pay too much attention to risks that seem remote. But in Houston, more than 70 people have died, and the damage to homes, businesses, and roads will be in the billions. 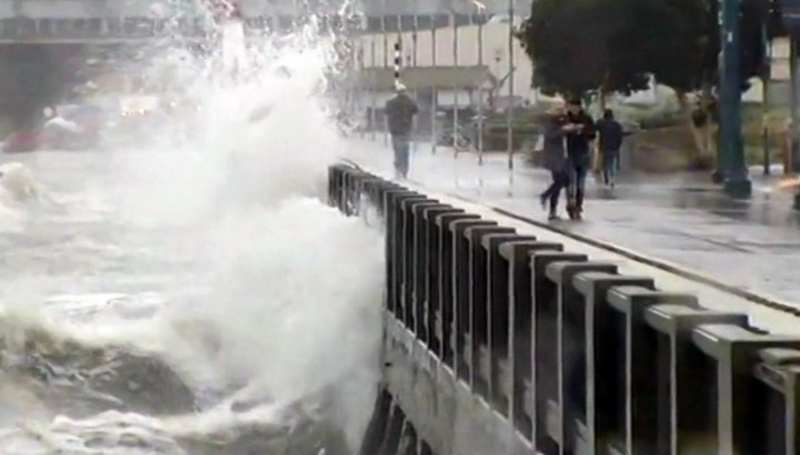 On the west coast, a century-old sea wall around portions of San Francisco is endangered by rising sea levels. In Los Angeles, Mayor Eric Garcetiti acknowledges the lurking hazard of earthquakes. Seattle faces a potentially devastating earthquake along the Cascadia Subduction Zone off the pacific coat. The active volcanism in this zone has included eruptions such as Mount St. Helens, the deadly event that killed 57 and caused massive destruction in 1980. A New York Times story by Adam Nagourney and Jess Bidgooddescribes the disaster preparedness plans-and fears-of officials absorbing cautionary tales from Houston. Cities are evaluating facilities for shelters, evacuation plans, and how large numbers of people could be rescued and transported from dangerous areas.

In Seattle, Emergency Management Director Barb Graff warns that residents, police, fire fighters, and hospitals have to be ready to function as independently as possible if an earthquake strikes. She told The Times they will have to assume that nothing will be fully operational, including communication systems, electricity grids, roads and highways.

With the unprecedented power of Hurricane Irma churning toward Florida, officials on the east coast are reviewing their plans. Norfolk, VA, is historically prone to hurricanes. Houston is flat, historically flood prone, and has no zoning regulations to curtail building development on marshlands. But in all cities, the more land paved, the greater the risk of flooding because the water has nowhere to go. New York and New Jersey suffered devastating damage from Hurricane Sandy in 2012.

Chicago faces the frequent threat from blizzards, heat waves, tornadoes and overflowing rivers. Alicia Tate-Nadeau, who heads the city’s Office of Emergency Management and communications, is checking plans to update shelters and check whether they are equipped with computers and phone charging banks. In addition to those immediate needs, the city has done extensive planning for the impact of climate change.

Pulitzer prize winning environmental science writer Elizabeth Kolbert writes that while climate change can’t be blamed for Harvey or any other particular storm, it has unquestionably made storms more destructive. In a New Yorker essay, Kolbert explains that as sea surface temperatures rise, more energy is available to fuel hurricanes and there is more evaporation, which produces more rain. The earth is warming, fossil fuel emissions are the major cause, and the results won’t be beneficial, she writes. “The US needs to radically reduce its carbon emissions, “she writes, “and at the same time prepare for a future in which storms like Harvey, Sandy and Katrina increasingly become the norm.”