Skip to content
Biology & Education Out of Sync for Teens

‘Their Body Clocks are in Some Time Zone West of Us’ 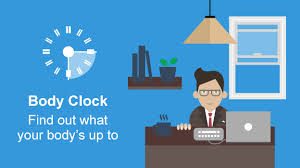 When children enter puberty, their circadian rhythms change, which means early school start times maybe turning many of them into sleep-deprived zombies prone to moodiness and sub-par academic performance.

As long schools start when kids need to be asleep, says sleep researcher Mary Carskadon, teenagers on average may be consigned to “social jet lag” in which the timing of life is not the timing of their bodies.

Carskadon is a professor of psychiatry and human behavior at the Warren Alpert Medical School of Brown University, who has studied teen health and sleep patterns for decades.  She has found that while teens still need the same amount of sleep as younger children, 9 to 10 hours a night, society make it harder for them to get it. She explains that the two systems that regulate sleep- circadian rhythms and sleep pressure—the biological need to sleep—change with age.  Adolescents fall asleep later, and Carskadon says that’s not just a behavioral choice, it’s also a physiological imperative.

A Brown University press release explains that in her sleep lab at Butler Hospital in Rhode Island, Carskadon studied biomarkers in adolescents such as saliva levels of melatonin, a natural hormone driven by circadian rhythms that cues the onset of sleepiness. She found that teens produce melatonin later than younger kids, indicating fundamental changes in circadian rhythms in adolescence. In the late 1990s, Carskadon studied 10th graders who had to start school at 7:20 AM.  Wrist monitors showed they were averaging about seven hours of sleep.  In the sleep lab, she’d wake them in time for their school start, and let them go back to sleep at 8:30, the time they’d be expected to pay attention and take exams if they were in school.

“About half of them looked like they had a major sleep disorder—narcolepsy,” she said. They “fell asleep in under a minute and went directly into REM sleep, which means their brains were set up in a very strong way to be asleep.  When you are trying to teach and learn, it’ a non-starter.” In a PBS interview, Carskadon observed that when you see a classroom of sleepy kids, you know they aren’t learning.

She also studied brain waves and light sensitivity, and discovered that young teens are more sensitive to light than older teens, suggesting late night use of electronic gadgets is particularly disruptive in early adolescence.

According to StartSchoolLater.net, a coalition of health professionals, educators and parents who advocate school hours compatible with health, safety and learning, 40 percent of U.S. high schools start before 8 AM, and another 10 percent start before 7:30 AM.  Only 15 percent start after 8:30 AM.  More than 20 percent of middle schools start classes at 7:45 AM or earlier.  In many districts, bus pick-ups start as early as 5:30 AM. The organization’s website emphasizes that sleep-deprived teens face less than optimum performance in schoolwork and sports and their behavior also may be impacted.

For many teens, the school day ends around 2 PM or earlier, and that brings its own set of problems.  It leaves several unsupervised hours before working parents return home.  For some kids, those unstructured after school hours lead to drug use and other kinds of trouble. Government statistics show that mid afternoon-the hours between school dismissal and dinner—are peak times for violent juvenile crime.

In his 2003 book Sync, How Order Emerges from Choas in the Universe, Nature and Daily Life, mathematician Steven Strogatz devotes a chapter to “Sleep and the Daily Struggle for Sync.”  He likens the human body to an enormous orchestra, in which musicians are individual cells, all born with a 24 hour rhythm.  He notes that teenagers who struggle to get up in the morning have “internal body clocks that are set differently, somewhere in a time zone to the west of us.”   Strogatz also describes the experiment of Michel Siffre, a French geologist who isolated himself in a cave to  document his own circadian rhythms. Read an interview with Siffre here.