Do most innovators and creative thinkers relish the freedom to let their imaginations run wild?

Or can their “creativity” flourish with the discipline of constraints?

If your immediate answer is constraints limit creativity and innovation, consider how constraints, like simple rules serve the function of supporting creativity in the self-organizing of a complex system. What if we looked beyond the “Theory of Constraints” as simply a tool for finding practical, effective solutions to business problem?  What if  constraints were viewed as necessary structures for emerging new ideas, serving as “railings” that limit endless explorations and overwhelming what-ifs choices, by focusing efforts, energy and attention on the path ahead?

Dr. Eliyahu Goldratt introduced The Theory of Constraints (TOC) in his book The Goal. It provides a set of holistic processes and rules, all based on a systems approach that exploits the inherent simplicity within complex systems through focusing on the few “leverage points” as a way to synchronize the parts to achieve ongoing improvement in the performance of the system as a whole.

Simple rules play a similar role in the ongoing health of complex adaptive systems.  By applying the principles of simple rules governing self-organization, we can influence the complex human behavior that emerges out of interactions between members of a team or group  Simple rules establish an embedded code that informs everyone in the organization how to act. It guides the “patterns” of behavior that allow the system to operate effectively and safely. When simple rules are practiced by an organization, they offer guidance for everyone’s actions while still allowing latitude for the fine tuning of independent thinking, action and creativity.

“By constraining infinite possibilities, simple rules allow creativity to flourish,less from thinking outside the box and more from deciding how to draw the box in the first place.” Kathleen Eisenhard and Donald Sull

In the book Simple Rules: How to Thrive in a Complex World, coauthors Kathleen Eisenhard and Donald Sull suggest that fostering creativity may be as easy as understanding and using simple rules. Drawing on over a decade of research and examples from unexpected practices. Eisenhardt and Sull identify two types of simple rules: that offer insight into understanding and applying simple rules tailored to a multitude of complex situations in businesses, professions, and personal lives.

Both types of rules offer important guidance to either help you make decisions or help get things done.

Eisenhardt and Sull’s study of  high school students is a good example of how constraining endless choices frees the mind to explore possibilities with greater focus.  One group of students given “how to” rules,  while another group were given no rules but told to be creative. The group with rules were judged most creative in composing a story and a sticker collage.  The authors also quote Patricia Stokes, a painter and psychologist at Columbia University, whose book Creativity from Constraints: The Psychology of Breakthrough, studied how master artists such as Monet, Piet Mondrian and the Scottish poet William Motherwell produced their groundbreaking work. Stokes says they imposed constraints on themselves, in terms of their subjects, the tools and materials they used, and the artists from whom they drew inspiration. 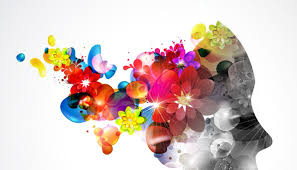 The authors address creativity in music as well as visual arts, and describe the speed with which the band White Stripes produced two hit albums. The Guardian hailed White Stripes as “the key band of their time” and Rolling Stone reported White Stripes were the most influential band of the 2000s, with their mix of classic rock and boisterous punk. Eisenhardt and Sull write that the 2001 hit White Blood Cells was based on five simple rules: no blues, no guitar solos, no slide guitar, no covers and no bass. The rules constrained the musicians to a certain box, fueled rapid fire creativity, and led them to finish 18 songs in 10 days. The authors quote White Stripes frontman Jack White’s comment to a New York Times interviewer, “I’m disgusted by artists or song writers who pretend there are no rules. There’s nothing guiding them in their creativity.”

Intentionally designing constraints as simple rules, offers leaders and managers an opportunity to cultivate and stimulate the creative contributions of employees who are increasingly valued for the quality of how they think and act.