Skip to content
Urge for Closure Misses Opportunities for the Future

We are standing at the crossroads in a VUCA world – an acronym that stands for volatility, uncertainty, complexity and ambiguity.

Ambiguity and confusion can be stressful, but social psychologists say a pressing need for certitude can lead to all sorts of misconceptions and bad decisions. How do we take actions that leave room for both successful closure and opportunities for the next smart step?

Jamie Holmes, the author of Nonsense: The Power of Not Knowing, argues we’d all be better off if we learned to embrace uncertainty and be less intent on finding immediate answers for every question. In an interview with Scientific American writer Gareth Cook, Holmes explains his own interest in uncertainty was piqued by childhood moves that plunged him into different physical and social environments and the need to comprehend new languages. That led him to wonder how new experiences change our views.

The work of social psychologist Arie Kruglanski, who wrote The Psychology of Closed Mindedness, studied the “need for closure” which he defined as the desire for firm answers questions and an aversion toward ambiguity, and a drive for certainty in the face of a less than certain world. Kruglanski concluded that everyone at some time needs definite answers, and that clarity and order can be comforting when things happening around us seem inexplicable or disturbing. Kruglanski and colleagues developed a scale to examine the degree to which we seek closure. Assessing preference for order, predictability and decisiveness along with discomfort with ambiguity and closed-mindedness, can indicate how high a person’s need for cognitive closure is at any given time. Heightened need can bias our choices and ruin mood. Kruglanski says influenced by urge for quick certitude produce fewer hypotheses, search less thoroughly for information, overlook variables, and seize upon first impressions and early clues. Take a short version on the test on Holmes’ website. 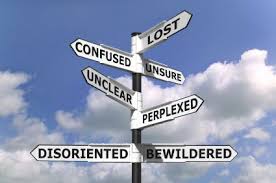 Holmes says the urge for definitive answers can also influence how we deal with perceived threats, decide who to trust, whether we stereotype and even how creative we are. He adds studies have shown that our need for certitude is likely to be higher if we are tired, anxious and rushed. He told Cook multicultural experiences, whether they involve, music, cuisine, or people from differing backgrounds, can help reduce the need for closure and encourage more deliberation before decisions. Reading fiction can also help, he suggests, because getting into the heads of literary characters is a safe invitation to open our thinking to new ideas, places and life situations.

Interest in ambiguity and uncertainty, and how to embrace it, has grown among entrepreneurs and business people, Holmes says, because the future in many business sectors is in constant flux and far from certainty.