Skip to content
Complexity Science Reframes Healthcare For Women and Everyone Else!

In an early PlexusCall (September, 2003) guests Birute Regine, Eileen Hoffman and Justina Trott held a wide ranging conversation that explored how the distinctions in the “nature” of women aligned with the theory and insights of complexity science to human systems.

“The system becomes more complex when you bring your whole self into it. For women who need to have their stories told and understood, that changes the whole dynamic of the profession of medicine, and the dynamic of the human relationship in any personal experience.´  Justina Trott 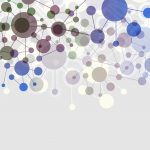 The story of how the transcript of the PlexusCall, Complexity, A Feminine Science: Why Women Leaders Have an Edge in Complex Organizations and a paper published in by Eileen Hoffman, MD, Women’s Health and Complexity Science “resurfaced” confirms the deep connections throughout the Plexus network, while the content in both these resources demonstrates why Plexus mattered in the past and will continue to be a thought leader in the future.

Eileen Hoffman, MD was Denise Easton’s doctor a number of years ago and remained connected on LinkedIN. When Eileen read the notice of Denise’s new position as Board Chair for Plexus Institute, she sent a note that mentioned she had been an early member of Plexus and had participated in the First Annual Plexus Institute Summit at Mayo Clinic in Rochester, MN., as well as a PlexusCall.  Both events had focused on her interest in using complexity science as a unifying science for approaching women’s healthcare practices.  With a deep dive into the Plexus digital archives, Denise found the PlexusCall transcript and article whose prescient insight is even more valuable today as Plexus continues to address cultural and social issues impacting women and healthcare.

Fourteen years later, new conversations and debates around healthcare still benefit from the points found in the PlexusCall transcript.  Consider the 2017 AHCA healthcare debates, and the direct impact on women’s healthcare with the bill’s proposed change in insurers’ responsibility for covering preexisting conditions—specifically those “conditions” commonly experienced by women. The proposed bill opened the door for insurers to once again treat sexual assault, domestic violence, postpartum depression, pregnancy, and Caesarean sections as preexisting conditions, charging women who have experienced them more or denying coverage entirely.  Without assigning nefarious intent, the direct and indirect consequences to families, including men, would have been catastrophic if women were singled out for a new class of healthcare coverage.  The solution to fixing health care is not to target individual parts of the system but to take a holistic view that considers, the part — women, the whole – every person regardless of age and gender and the greater whole – the complex system of healthcare.

What if we viewed the women’s healthcare discussions from a complexity perspective?

Hoffman suggested the following during the PlexusCall. “Women’s health is the worst-case scenario for reductionism and factionalism. If women’s health is the science of genomic variation based on sex, like pediatrics is the science of growth and development, we could ask questions like how does a woman’s ability to adapt to the pregnant state inform our care of men and non-pregnant women? How do maladaptations of the non-pregnant state help us look at conditions that women and men get? There is a lot of value added in what is brought into the system, not so much because women need their own medical specialty but because they are the worst case of the most fragmented scenario being served. If we can learn something valuable by looking at women as a complex adaptive system, and construct our science from that, we can contribute to everyone else who could benefit from the system.”

In “Women’s Health and Complexity Science”, Academic Medicine November 2000, Vol 75, Issue 11, p.1102-1106, Dr. Hoffman writes: “Could a higher degree of complexity in physiologic systems be the reason women exhibit more heartiness at the extremes of life, as neonates and elders?”  More than just a provocative question, the question itself implicitly evokes further questions pertaining to complexity metrics.  How can complex systems be measured?  Statistical and geometrical fractals, for example, are in some sense “hard” to measure since the level of detail defines the particular scale of measurement.  Put differently, linear scales of measurement will not help as appropriate metrics for fractal structures.

Moreover, the use of the word “more” in Hoffman’s question implicitly suggests“orderedness”, mathematically speaking.  But can fractals, for example, be ordered in that same sense?  One might imagine a “periodic table”, to use Ary Goldberger’s notion, to describe healthy and diseased complex systems as a useful measure for distinguishing healthy versus unhealthy physiological systems.  But how might healthy complex systems be compared and measured with this sense of “more” in mind?

Regine concluded the PlexusCall with a story from Barbara KIngsolver, about how she was flooded with ugly, hateful and violent reactions to the piece she wrote for the Sunday editorial pages after September 11th.

“After September 11 the newspapers asked me to write a piece for the Sunday editorial pages. They said they knew I would say things that no one else would say.  I had a great sense of responsibility, an emotional recycling I’ll call it.  So I wrote a piece about patriotism. I had to say something. There are times when you have to know how important your values are.  If you can’t stand up for your values now, you can’t know what kind of people you are. So I said it’s important to take a moment to evaluate our mode of leadership in the world.  I wrote about diversity, tolerance, compassion and freedom of speech.  There were plenty of men saying these things, but the women who said them were tarred and feathered. The names and (disparagements) that were used were ugly and hateful to women.  The NY Times and the Wall Street Journal ran articles about how stupid I was.  They said I was un-American.  One woman even called upon the Wall Street Journal (editors) take it upon themselves to say my books should be banned internationally.

When I was weeping I had the vague sense (that there was a lesson to be learned here.) Then I remembered reading The Art of War, and Shogun, (by James Clavell). Shogun is a very masculine book.  But then I remembered reading something that isn’t necessarily masculine.  You can conquer your enemy when you have grown large enough to control your enemy.  How can you become large enough to include your enemy?  It is very hard to separate from the language of conquest.  You have to let your wisdom grow to include your enemy’s reality, and realizing that made me strong. Rather than hurt the person who has hurt you, make yourself stronger. It’s a reflective response.  I started saving my hate mail.  And I’m going to use it in my next novel, which will be about moments of fear, political force, and using language. The risks of speaking out are great, but the risks of silence are greater. If I had just shut up and taken this, we would have moved backwards.”

An underlying belief within the Plexus network is that we can surface necessary and uncomfortable conversations focused on systemic changes by making them broad enough to include many other views.

We thrive by setting the conditions for the conversations that can move us forward.

Be part of shaping the future and join our first Pop-up of 2018, Complexity in Healthcare: Will you know it when you see it?

On January 17, 2018 current Plexus network member and Catalyst, Mike Taylor will examine the role of complexity in both the mathematics and conceptual approaches in health care design and delivery. Taylor will explore what is working, what needs reworking and what is emerging. Examples from a variety of perspectives will be provided with an emphasis on health care organizations as complex adaptive systems.

Taylor’s interest in having a conversation on this topic opens the door for possible collaborations and project-based initiatives within the greater Plexus Network.