Skip to content
Leadership Lessons from the Birds and the Bees 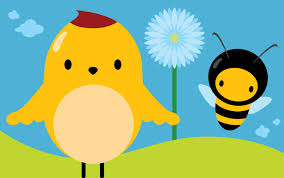 Communication, Decisions and Smart Swarms – A Different Set of Rules

The Digital Age is challenging all our assumptions about the ways we work together as the Internet transforms the world into an interconnected network that was inconceivable a mere 20 years ago. While the technology revolution continues to expand the power of our possibilities, it also brings with it an unprecedented combination of accelerating change and escalating complexity that is severely testing the limits of established ways of thinking and acting. Most of us are learning the hard way that a new world requires the acceptance of new rules.

The need for thinking differently, according to Peter Miller, stems from the fact that the human brain isn’t designed to tackle problems collectively. Thus, there are numerous mental traps that leaders fall into as they attempt to manage everyday challenges. For example, Miller describes the trap of “anchoring,” where we give in to the tendency to overvalue the first thing we hear. The trap of the “status quo,” which permeates hierarchical organizations, keeps us from bringing forward innovative ideas for fear of rocking the boat. Another mental foible of human nature is the “sunk cost” trap, in which we persist in pursuing questionable courses of action to justify our earlier decisions.The Smart Swarm: How Understanding Flocks, Schools, and Colonies Can Make Us Better at Communicating, Decision Making, and Getting Things Done (see Leadership category) by Peter Miller is an important contribution for those who are serious about mastering the unfamiliar challenges of accelerating change and escalating complexity. Miller cogently describes how the power of collective intelligence, as practiced by ants and birds and bees, may very well hold the secret for how we navigate the new rules of our new world.

While these traps have been troublesome in the relatively slower and simpler world of the last decades of the 20th century, we have somehow been able to successfully move forward because there has been time to correct our mistakes. Unfortunately, when the pace of change and the degree of complexity suddenly accelerates, there is no time for hubris and these traps can prove fatal. Thus, notwithstanding its past achievements, the continued use of top-down hierarchies, which are designed to leverage the individual knowledge of the supposedly smartest among us, is fast becoming a fatally flawed strategy for organizing the work of large numbers of people.

As we struggle to adapt to the new rules of a new age, Miller points to the smart swarm and its leveraging of collective intelligence as a viable solution. Miller defines a smart swarm as “a group of individuals who respond to one another and to their environment in ways that give them the power, as a group, to cope with uncertainty, complexity, and change.” Smart swarms follow four principles that bear no resemblance to the workings of top-down hierarchies: self-organization, diversity of knowledge, indirect collaboration, and adaptive mimicking.

In addition to detailing how these principles enable insects and birds to solve their relatively complex tasks of building hives or journeying thousands of miles, Miller describes how innovative human organizations, such as Wikipedia, are using these principles to create extraordinary performance. By abandoning its original hierarchical expert-driven model and embracing self-organization, Wikipedia has been able to harness the incredible power of the wisdom of the crowd and redefine an industry. Wikipedia’s innovative business model is proof that there are often times when diversity trumps ability by creating a space where the masses can indirectly collaborate as they build upon each other’s work in preparing and updating articles. And finally, Wikipedians are a community of individuals who adaptively mimic each other to create a cohesive product that has become the world’s most widely used reference source.

As we continue to learn how to cope with the twin challenges of accelerating change and escalating complexity, Miller points to two lessons that we can learn from smart swarms. First, by embracing the organizational architecture of smart swarms, we can lesson the impact of uncertainty, complexity and change. And second, because diversity is the fuel that makes smart swarms so powerful, leveraging our collective wisdom does not require us to surrender our individuality. As Miller astutely observes, “the best way to serve the group, it turns out, is to be true to ourselves.”

Rod Collins is the author of Leadership in a Wiki World: Leveraging Collective Knowledge to Make the Leap to Extraordinary Performance, which won the 2011 EVVY Book Award for Business/Finance. Rod started his career in healthcare finance before crossing over to health insurance operations. After successfully turning around declining performance as a senior operations leader, Rod served as the chief executive of the $19 billion per year business alliance of 39 independent Blue Cross and Blue Shield Plans, which provides health insurance to over 4.5 million federal employees and their family members nationwide. Rod’s approach was to implement a state-of-the-art innovative management model based on organizational learning and consensus building to integrate the decentralized contributions of the independent business partners into a seamless national business model. Over the five year period, the successful application of the new management model increased market share by eight percentage points, improved operational performance measures by over 30 percent, and increased profits by over 65 percent. See Rod next year at Plexus CHANGE 2012 along with these other catalysts.