Peter Barnard writes about how a secondary school in the UK abandoned its same-age organisational structure by repopulating homeroom groups with students from all grades. The original intention was to improve collaboration, but the change took on a life of its own, accelerating the school community on a journey towards realizing the many advantages of operating as a complex adaptive system. It is a story about counter-intuitive ideas and how these can sometimes lead to surprising outcomes. For this school, a new operational system emerged, one that led to further inquiry and incremental change in the field of education; a model now used by a growing number of schools worldwide.

Learn about the language & concepts of complexity referenced in this story.

A complex, nonlinear, interactive system which has the ability to adapt to a changing environment. Such systems are characterized by the potential for self-organization, existing in a nonequilibrium environment. CAS’s evolve by random mutation, self-organization, the transformation of their internal models of the environment, and natural selection. Examples include living organisms, the nervous system, the immune system, the economy, corporations, societies, and so on. In a CAS, semi-autonomous agents interact according to certain rules of interaction, evolving to maximize some measure like fitness. The agents are diverse in both form and capability and they adapt by changing their rules and, hence, behavior, as they gain experience. Complex, adaptive systems evolve historically, meaning their past or history, i.e., their experience, is added onto them and determines their future trajectory. Their adaptability can either be increased or decreased by the rules shaping their interaction. Moreover, unanticipated, emergent structures can play a determining role in the evolution of such systems, which is why such systems show a great deal of unpredictability. However, it is also the case that a CAS has the potential of a great deal of creativity that was not programmed-into them from the beginning. Considering an organization, e.g., a hospital, as a CAS shifts how change is enacted. For example, change can be understood as a kind of self-organization resulting from enhanced interconnectivity as well as connectivity to the environment, the cultivation of diversity of viewpoint of organizational members, and experimenting with alternative “rules” and structures.

Peter’s latest book is Socially Collaborative Schools: The heretic’s guide to mixed-age tutor groups, system design, and the goal of goodness. Rowman & Littlefield Publishers.  Additional papers on VT are available from at www.verticaltutoring.org 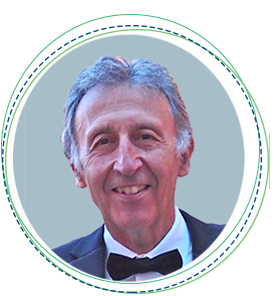 Peter A. BarnardPeter Barnard Consulting
Peter Barnard was a schoolteacher and the school principal of three contrasting secondary schools in the UK. He took an early interest in systems thinking which he applied as a Headteacher, questioning every directive and orthodoxy. Peter developed the research background on multi-age organisation (often called vertical tutoring) and as multi-age organisation became popular, he started an international consultancy, training schools and others in organisational change and transformation. In his dotage, Peter has returned to university to learn more about what he discovered through research. He writes books and papers and spends his summers growing fruit and vegetables.