Moving from Complicated to Complex: An Organizational Transformation

Marc Narkus-Kramer, offers a timely story focused on his professional experiences and reflections about specific events that led to major organizational changes in the Center for Advanced Aviation System Development (CAASD) at MITRE.

The Alaska Capstone Project provides a detailed example of how complexity thinking and agile management practices led to a significant reduction in aviation accidents in Alaska and provided a basis for revolutionizing surveillance technology that was adopted worldwide. This catalyzing story is a companion piece to Moving from Complicated to Complex: An Organizational Transformation.

Listen to the Catalyzing Conversation Podcast featuring these stories.

Learn about the language & concepts of complexity referenced in this story.

A complex, nonlinear, interactive system which has the ability to adapt to a changing environment. Such systems are characterized by the potential for self-organization, existing in a nonequilibrium environment. CAS’s evolve by random mutation, self-organization, the transformation of their internal models of the environment, and natural selection. Examples include living organisms, the nervous system, the immune system, the economy, corporations, societies, and so on. In a CAS, semi-autonomous agents interact according to certain rules of interaction, evolving to maximize some measure like fitness. The agents are diverse in both form and capability and they adapt by changing their rules and, hence, behavior, as they gain experience. Complex, adaptive systems evolve historically, meaning their past or history, i.e., their experience, is added onto them and determines their future trajectory. Their adaptability can either be increased or decreased by the rules shaping their interaction. Moreover, unanticipated, emergent structures can play a determining role in the evolution of such systems, which is why such systems show a great deal of unpredictability. However, it is also the case that a CAS has the potential of a great deal of creativity that was not programmed-into them from the beginning. Considering an organization, e.g., a hospital, as a CAS shifts how change is enacted. For example, change can be understood as a kind of self-organization resulting from enhanced interconnectivity as well as connectivity to the environment, the cultivation of diversity of viewpoint of organizational members, and experimenting with alternative “rules” and structures. 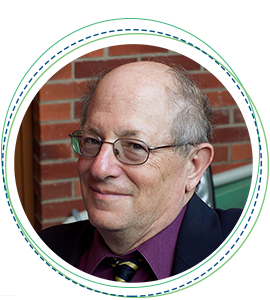 Marc Narkus-Kramer
Marc worked for 30 years at the MITRE Corporation. Though his training was in engineering, the most challenging part of his work was working with many stakeholders and developing enough consensus to ensure that projects could be successfully deployed. Marc, without knowing the principles of complexity theory and management, instinctively began applying these to his work. He is now retired and is interested in learning more about what he instinctively used in his job.

From the Plexus Archives

2006 PlexusCall: How Complexity Principles Align With Management
Marc Narkus-Kramer began his career in the fields of energy and the environment, and has spent the last 20 years working on air traffic control modernization with the MITRE Corporation’s Center for Advanced Aviation System Development (CAASD), based in MacLean, Virginia. MITRE is a non-profit corporation working in the public interest in partnership with government clients. It addresses issues of critical national importance, combining systems engineering and information technology to develop innovative solutions.
Download MP3